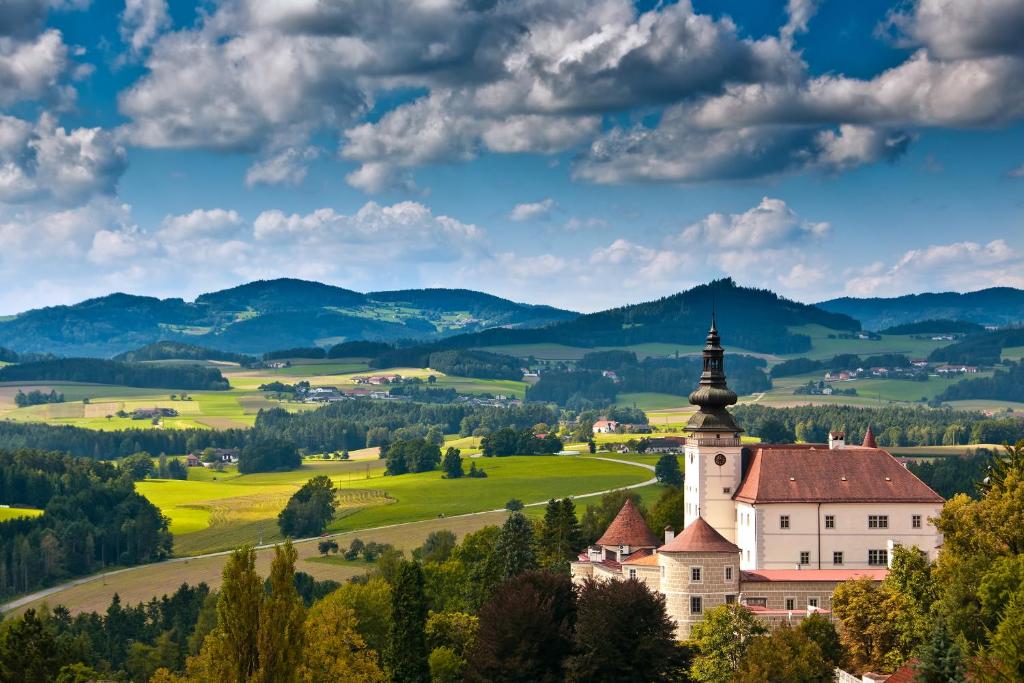 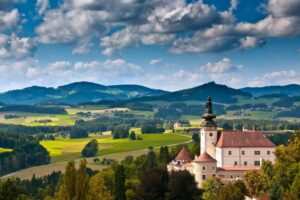 The Margreet Honig Summer Academy will take place from August 21 – 27 2022 in Schloss Weinberg, Austria.
(Sunday 21/8 and Saturday 27/8 are traveling days)
The M.H.S.A was founded by internationally acclaimed voice teacher Margreet Honig. The academy’s curriculum is based on Ms. Honig’s training ideals, offering lessons in vocal technique; breathing; acting; and physical and mental awareness.
Students and young professionals who would like to participate can register to study voice with Rosa Dominguez or Teru Yoshihara (a maximum of 8 participants for each group). Participants will have a singing lesson every day; daily physical classes (improvisation, bodywork, acting) and sessions of Zen meditation; and lessons with breathing teacher Paul Triepels (2 times during the week).
On some evenings special events are planned, such as a Masterclass with all of the involved teachers including Margreet Honig (team-teaching).
Application
To apply for the 2022 Margreet Honig Summer Academy, please send your curriculum vitae and two (2) recent recordings of lieder and/or operatic arias (mp3 format) to margreethonigsummeracademy@gmail.com.
Please specify in your email whether you would wish to study with Rosa Dominguez or Teru Yoshihara, should you be admitted to the academy.
Please Note: You may only participate if you have at least finished your 2nd year Bachelor.
Application Deadline: June 1, 2022.
Those selected to participate in the 2022 Margreet Honig Summer Academy will be notified of their acceptance no later than July 1st.
Costs
Tuition for the 2022 Margreet Honig Summer Academy is € 975 – this includes all lessons, a double room, and full board (incl. all meals). For Dutch participants or singers based in The Netherlands, the price is excl. 21% BTW.
PS it is possible to upgrade to a single room, this will cost € 75,- extra. If you are interested in this, let us know in your application.
Should you have any questions about the Margreet Honig Summer Academy, please feel free to email us at margreethonigsummeracademy@gmail.com
Teachers
Teru Yoshihara (voice teacher)
Teru Yoshihara studied voice in Tokyo, Milano and Stuttgart. In 1995, he made his operatic debut as “Sharpless” in Puccini’s “Madame Butterfly”. Only one year later he won the first prize at the “Japanese Art Song Competition” in Tokyo, and has since sung concerts and operas in Europe and Japan with great success. He has worked with well-known conductors such as Nello Santi and Helmuth Rilling. Since 2002, Teru Yoshihara has given numerous concerts in Europe and Japan with diverse creative programs such as “German – Japanese Dialogue” and “Japanese four seasons with Haiku”. He also teaches Japanese phonetics and aesthetics at the University of Tübingen. Teru Yoshihara’s students are laureates of international competitions and many former students are now pursuing international concert and opera careers on stages such as Bayerische Staatsoper and the Staatstheater Stuttgart. Teru Yoshihara has been a voice teacher at the State University for Music and Performing Arts in Stuttgart since 2007. In the summer semester of 2019, he was appointed professor.
Rosa Dominguez (voice teacher)
The Argentinean mezzo-soprano, Rosa Domínguez, studied at the Schola Cantorum Basiliensis (Switzerland) with René Jacobs and Kurt Widmer. She has performed with conductors, such as René Jacobs, Rinaldo Alessandrini, Claudio Abbado, Gabriel Garrido, and recorded for many different labels such as Harmonía Mundi, Glossa, Archiv. After meeting and working with her teacher Margreet Honig in 2004, Rosa began to teach at the Schola Cantorum (Basel). Since then, she combined her singing career with pedagogy and specialized in baroque repertoire, chamber music and opera. Nowadays Rosa Domínguez has different teaching positions; she is professor at the vocal department of Schola Cantorum (Basel), responsible for the vocal development at the Maitrise de Notre Dame (Paris), and working as a singing teacher at the Jette Parker Young Artists program at the Royal Opera House (London). In 2021 she was added to the staff of the Opera Studio in the Teatro Colon (Buenos Aires).
Marc Brookhuis (zen teacher)
Marc Brookhuis has been practicing Zen Buddhism for over 20 years. He started his Zen study in the mid-90’s at Zentrum Utrecht, The Netherlands with Willem Scheepers, working as Scheepers’ assistant before beginning Koan study. Marc has been a Zen teacher and mental coach since 2005. He teaches various courses, including Zen & Mindfulness, Zen & Archery, and Zen & Singing (for classicl singers), and has written several successful books including “Zen & the Art of Quality”, “Zen, Stories from the East”, “Mindfulness – Attention for the Here and Now” and “More Mindfulness, Back to the Buddhist Source”.
Elsina Jansen (drama teacher)
Elsina Jansen studied Theatre at the University of Amsterdam and at the University of Kent in Canterbury, specializing in opera and music theatre. She has worked as a stage director with companies including the Dutch Touring Opera, Opera Trionfo, Rotterdam Philharmonic Orchestra, and the Dutch National Opera Academy. In 2016 she made her international directing debut with Puccini’s La Bohème in Vaasa, Finland. In addition to her work as a stage director, Elsina teaches drama at the Royal Conservatoire in The Hague and at the Prins Claus Conservatoire in Groningen, and gives workshops at the Conservatory of Amsterdam.
Paul Triepels (breathing teacher)
Paul Triepels studied musicology and solo singing with Meinard Kraak, Maria Acda, Gwendolyn Killebrew and Margreet Honig. From 1991-2001 he studied breathing pedagogy with Petra Bodnik in Düsseldorf. Besides working as a voice teacher at the Prins Claus Conservatorium in Groningen, Paul has hold posts as a breathing teacher at the Conservatory of Paris, the Hochschule für Musik and the Schola Cantorum in Basel and the opera studio of the Bayerische Staatsoper in Munich. He works together with Margreet Honig in many master classes and workshops worldwide to support her with his work as a breathing teacher.
This summer course is organized by the Margreet Honig Foundation.